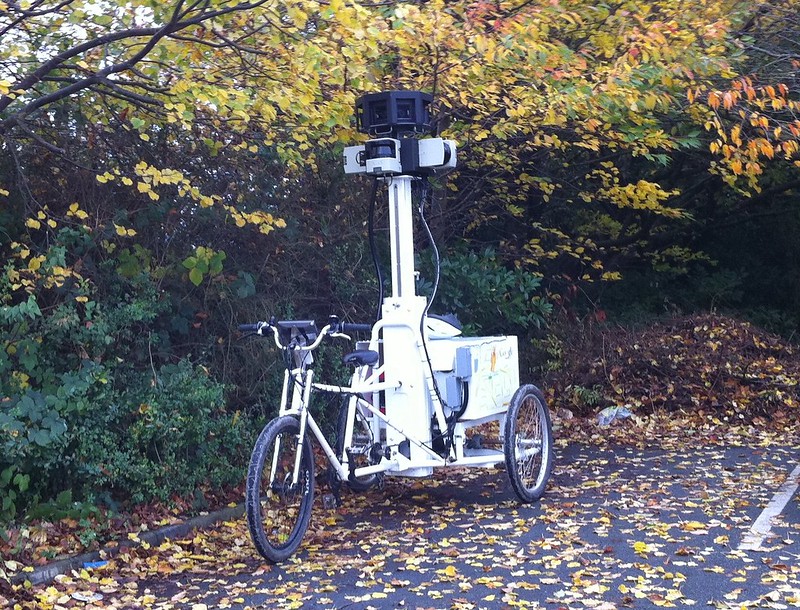 Back in March, Google added Ormskirk – and most of the rest of the country – to Google Street View. Today we were visited by the Google Street View trike to take imagery of the Ormskirk campus. Unlike roads which are photographed using a car, private property like university campuses and Disneyland Paris are photographed using a trike allowing them to get along footpaths.

Most of the campus was covered today in just an hour or so but it’ll be somewhere between a couple of weeks and six months until it’s live on the website. Until then you can check out a (very) short video of the trike on campus: