Wednesday night at Static played host to the second Liverpool Social Media Cafe and I was one of the speakers. The audio was recorded so you can hear exactly what I said or read below for some notes.

RSS is not dead

For the last few years various people have claimed that RSS is dead, like this article from TechCrunch:

“It’s time to get completely off RSS and switch to Twitter. RSS just doesn’t cut it anymore.”

And this one from ZDNet:

“RSS: A good idea at the time but there are better ways now”

In my opinion claiming Twitter is a replacement for RSS is like saying you’ve stopped watching the news and find out what’s going on by listening in to conversations at the bus stop.  RSS readers may not have the same widespread appeal that Facebook has found but they are an essential tool for many purposes. 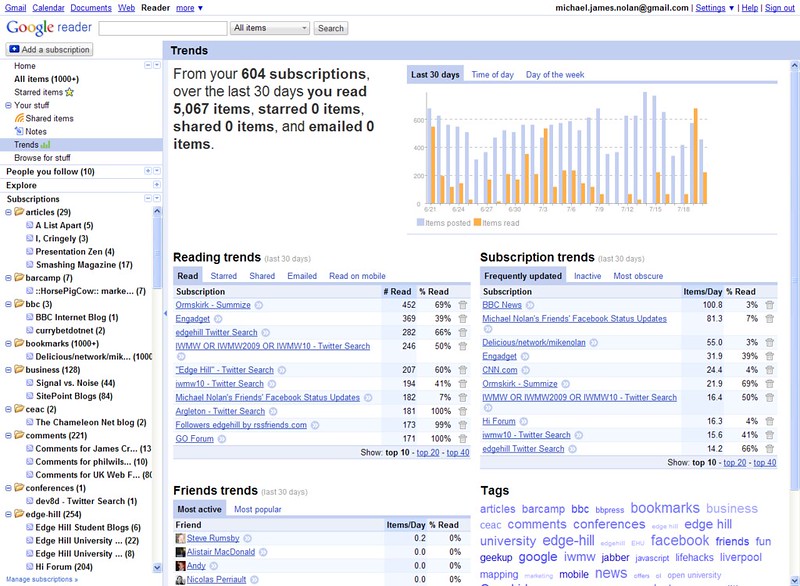 Many of the tips below make use of feeds so it’s important you know how they work.  I’ve been a fan of Google Reader for many years – it’s available for desktop and mobile and there are apps that integrate with it too.

Twitter.com isn’t perfect. Despite their best efforts to “fill holes” in the product there are still many things that the website doesn’t do on its own. Fortunately for the power user there are many third party clients available so find one that you like.

If you’re sat at your desk most of the day a desktop client can be a very useful way to manage your Twitter stream.  The first thing you should do is turn off pop up notifications and sounds – they’re very distracting.  TweetDeck handles multiple accounts and even allows you to add Foursquare and Facebook to the mix.

HootSuite has quite a lot of fans.  Personally I’ve always been put off it by the awful ht.ly tracking bar it adds to links but recently I’ve started playing with it a bit more and I like some of its features. 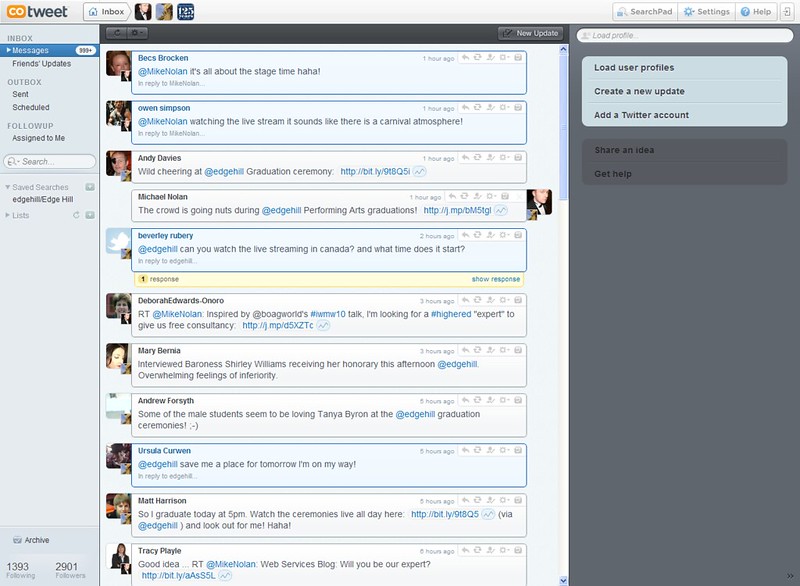 But for companies wanting to track customer engagement, CoTweet is excellent.  It’s designed for exactly that purpose and you’ll see it being used by some very big companies like BT, Vodafone, O2

One feature CoTweet and HootSuite share is the ability to delegate access out to several members of a team without them needing to know the password. Both also allow you to make use of the carat syntax to show who in a team is tweeting, giving a personal fact to your account. 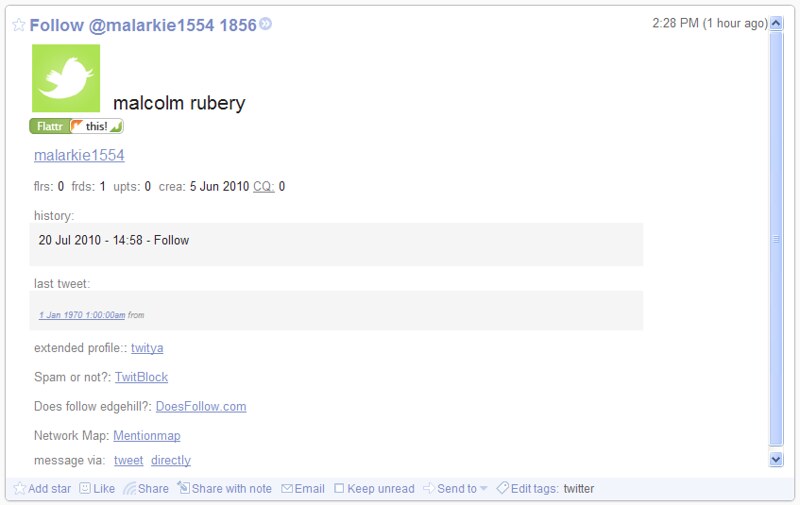 Really simple site – plug in a Twitter username and RSSFriends will give you a feed to subscribe to showing new followers with far more detail than the standard notification email.  Helps you some way to achieving Inbox Zero. 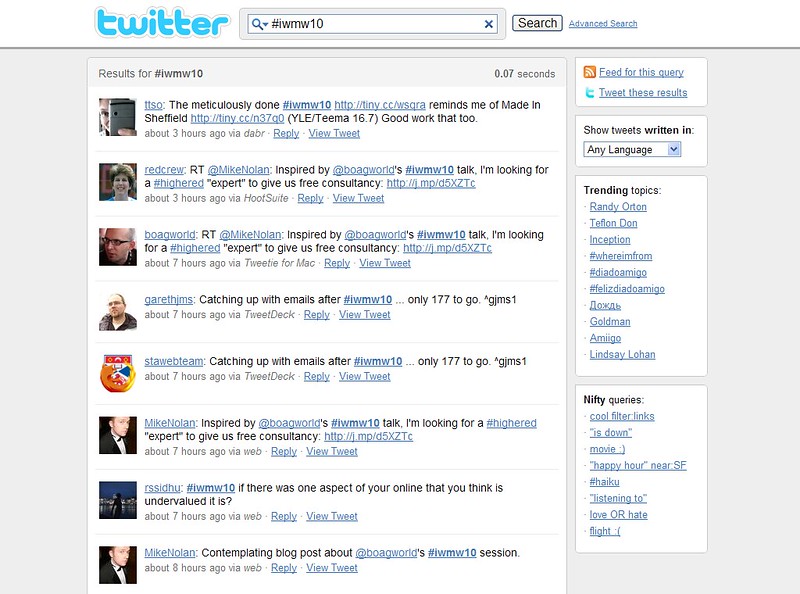 Search on the main Twitter website sucks so go to the standalone search.twitter.com. Better still grab your feed addresses and plug them into your feed reader.

Twitter search has the fairly serious limitation of only keeping about 7 days of tweets available for searching. The solution is a service like TwapperKeeper which regularly polls Twitter Search and saves the results to an archive. You can access this through an API, as a feed or download the data for processing in other ways.

The final part of my talk was three ways of managing your social media presences better.

Consolidate: break up your messages into simple chunks that can be posted to multiple networks.  Both Facebook and Twitter have the ability to post to the other network but make sure your messages are relevant, for example by not posting @replies to Facebook.

Mainstream: once you know that a service is working for your organisation, try to mainstream its use – spread the load of people updating sites.  Make sure there’s a spread of people involved – it’s good to have both technical and marketing people for example.

Finally, don’t be afraid to Mark All Read and if something isn’t working, Fail Fast.