A couple of weeks ago my Twitter Search alerts for “Ormskirk” picked up the following:

I was intrigued so searched Google Maps for “topshop near ormskirk” and sure enough, not one but two mystery Topshops were marked on the map. 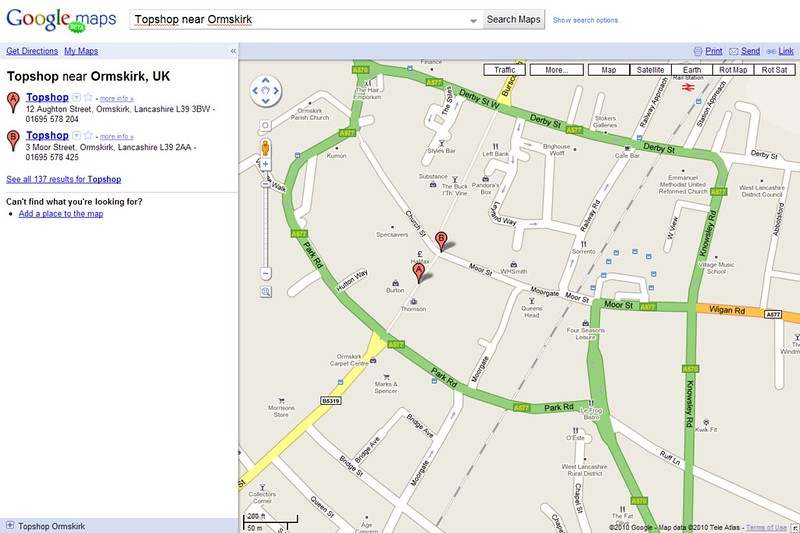 Obviously this isn’t the case so why are Google showing them on the map? The addresses of the shops match Dorothy Perkins and Burtons – both other brands in Arcadia Group, owners of Topshop – but that doesn’t explain why they’re there.  As with Argleton, it may well be another case of Google mining data from whatever sources they can get their hands on and forget the accuracy.  I’ve reported the problem to Google, let’s see if they fix it.