This week’s budget gave a good opportunity to see how different news organisations handled live reporting on their websites so I did a quick scan through a few TV and newspaper websites and screen grabbed what I could see.

The reason I’m interested is that the 125 anniversary has provided an opportunity for a large number of events on campus for some of these like the Manifesto for Change event to have a remote audience engaging online via streaming video and live chat.

Read more after the break!

First up, the BBC is used to live broadcasts and they now feature updating text feeds that don’t require the page to be reloaded. They blend viewer tweets and messages with their own journalists comments. 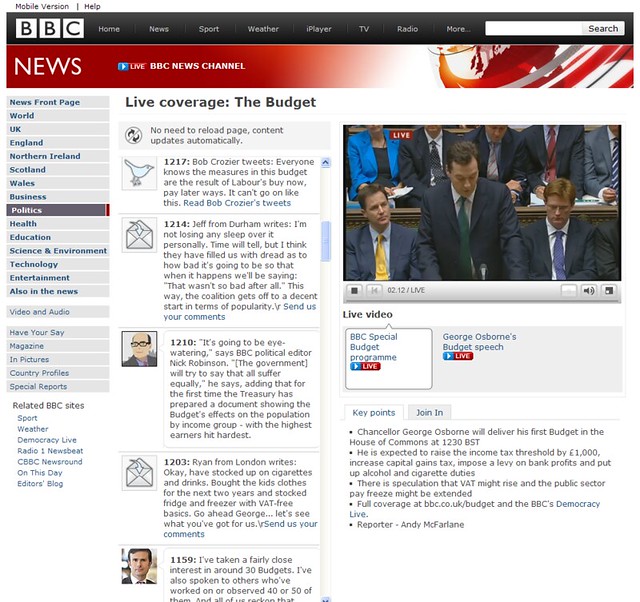 ITV News again took their live broadcast and embedded it into their site alongside text comments. They used Cover It Live for user comments and polls. 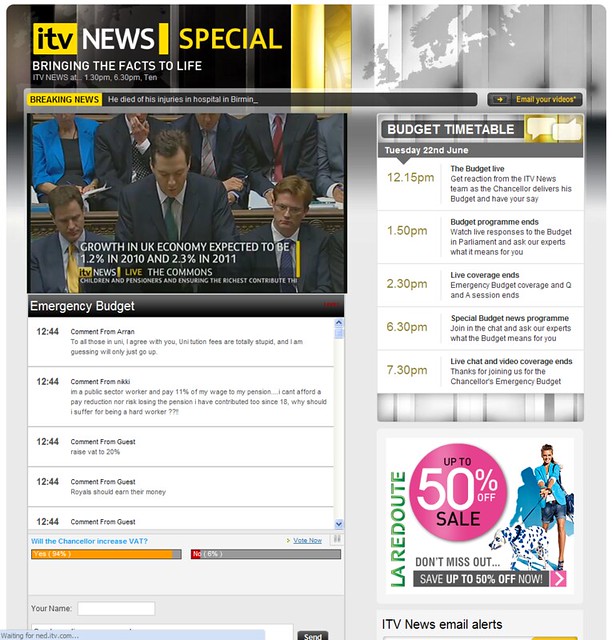 The Guardian had a simple auto updating text live blog with a summary of the key points at the top of the page (not sure if this auto updated). 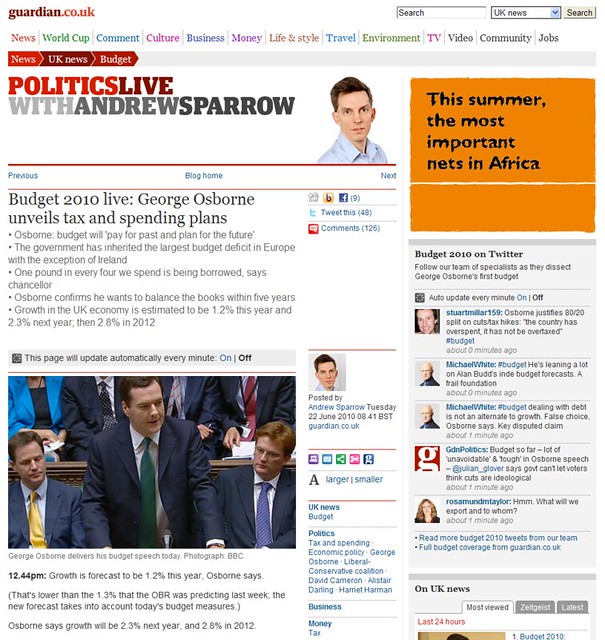 The Times’ new paywall forces users to login before seeing what every other website is publishing for free: 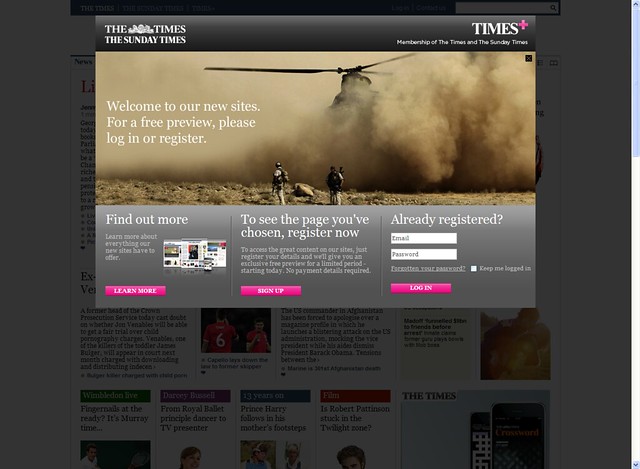 Once logged in (it’s still under the free trial period) the content is little more inspiring. The text commentary must be refreshed manually and the video clip (from Sky News) was merely of George Osbourne emerging from Number 11. 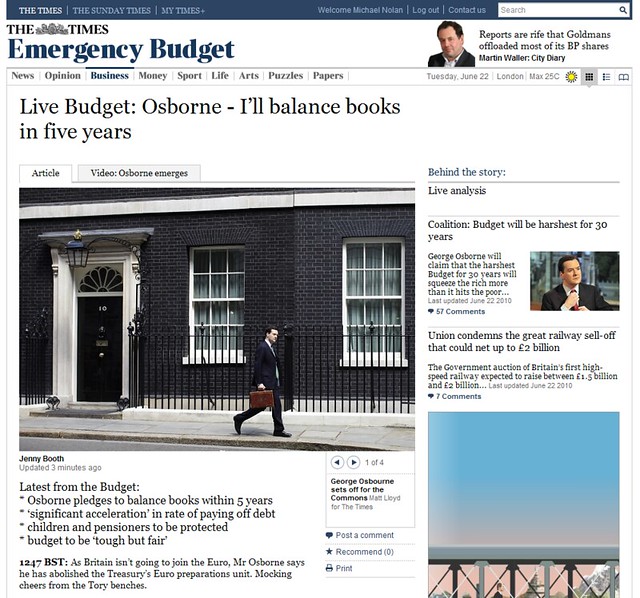 Sky News seemed a little confused on their homepage with what appeared to be a video starting to play but freezing after a couple of seconds. It turns out this wasn’t their live stream but merely a glorified animated GIF, in Flash, without sound, of Osbourne stood at the dispatch box. It certainly draws attention to it but I don’t understand what else it offers. 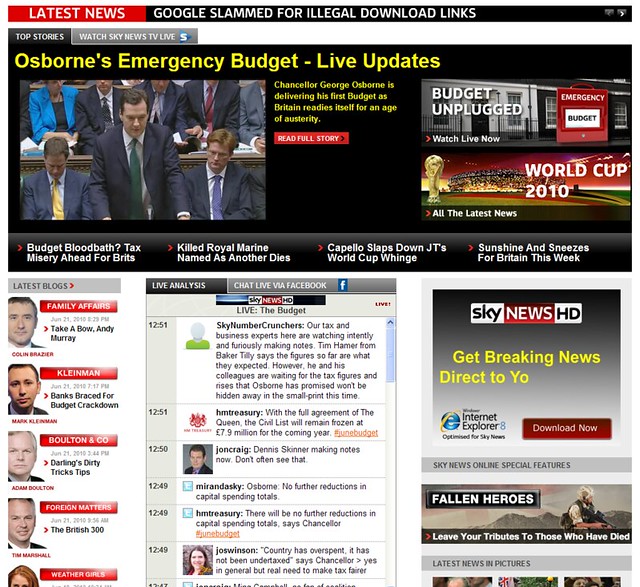 Clicking on the live updates link takes you to a text commentary (refresh manually) but still no streaming video. 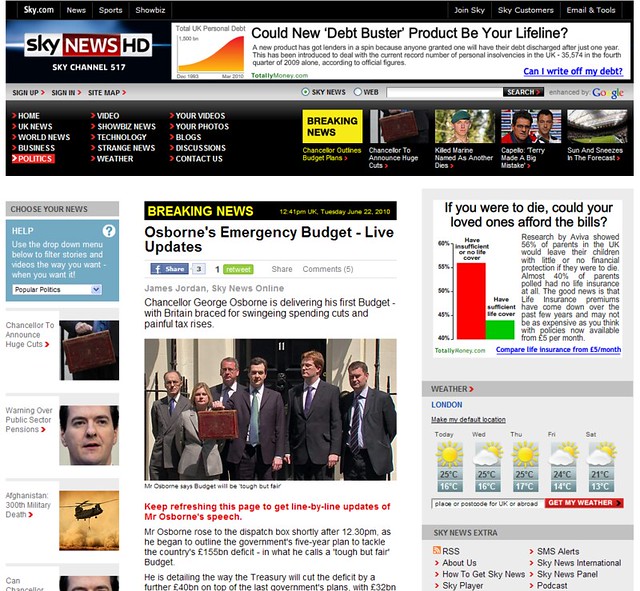 Back on the homepage there was a separate Cover It Live chat box but also featuring a connection to Facebook. 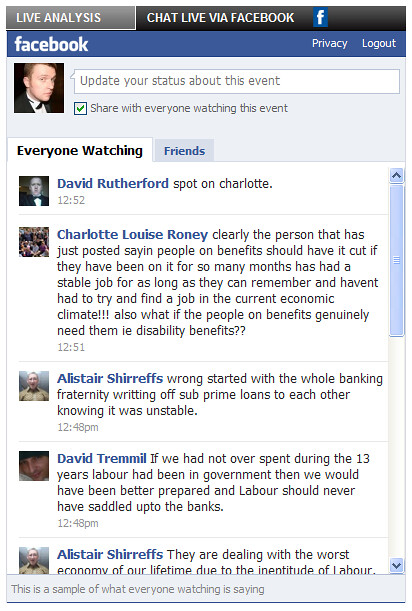 The Telegraph’s interface was nearly identical to the Guardian. 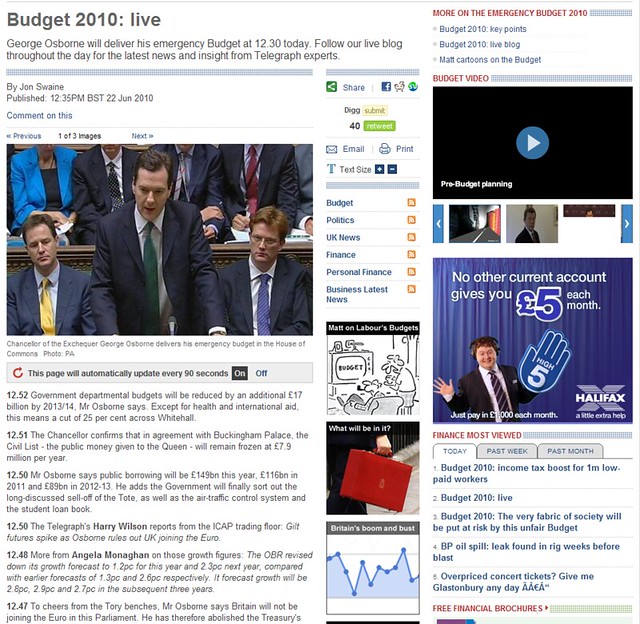 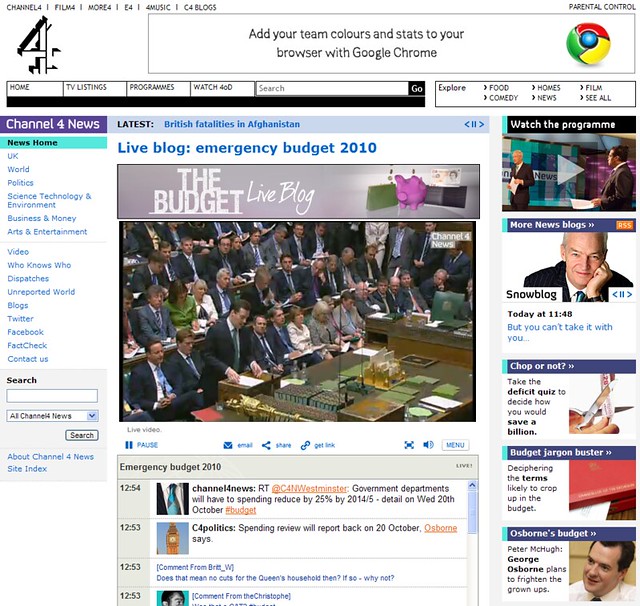 Finally, while Tweetminster didn’t do anything special for the Budget, it’s a nice way to see what those inside Parliament are talking about: 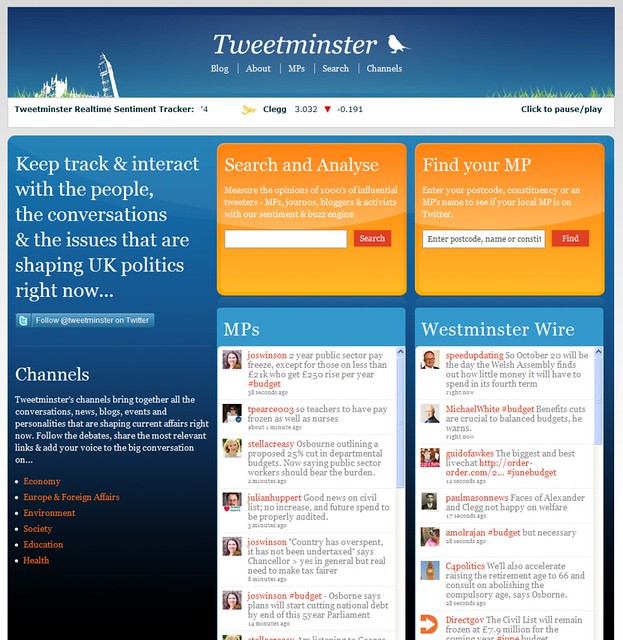