Today was my fourth (2007, 2008/p2, 2009) SOLSTICE conference held here at Edge Hill University, this time in the Faculty of Health building (also the home to SOLSTICE itself).

Once again this year I live-tweeted the conference using my @MikeNolanLive account which seemed quite successful – certainly avoided dozens of people unfollowing me!  As with last year I’ll do a brief summary of each of the sessions I attended. 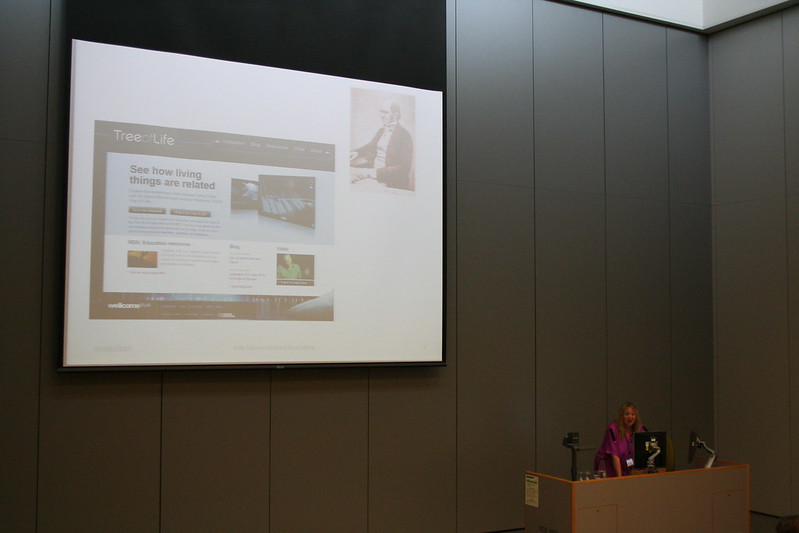 Good start to the conference with Gilly introducing some of the experiences the University of Leicester have had with promoting and embedding technologies. Of particular interest is the Media Zoo and its presence online, in the real world, in second life and for students: 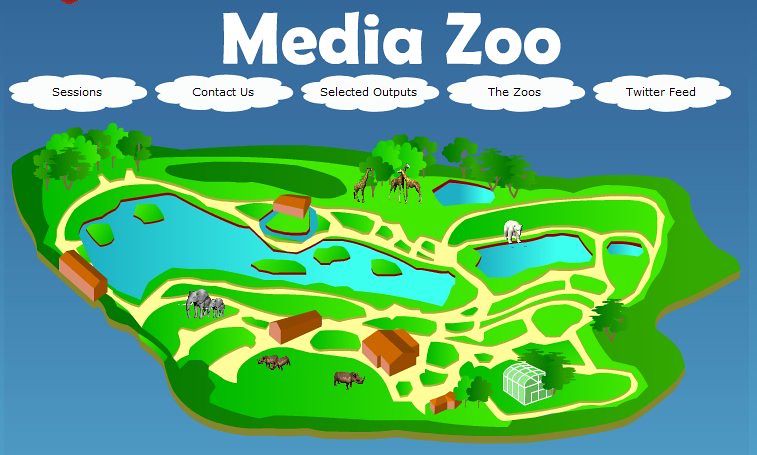 It’s an interesting concept (although I think some of their acronyms are a little forced because of it – PANTHER, CALF, DUCKLING, SWIFT…) and has made them, through this matrix, consider a broader range of technical levels and audiences: 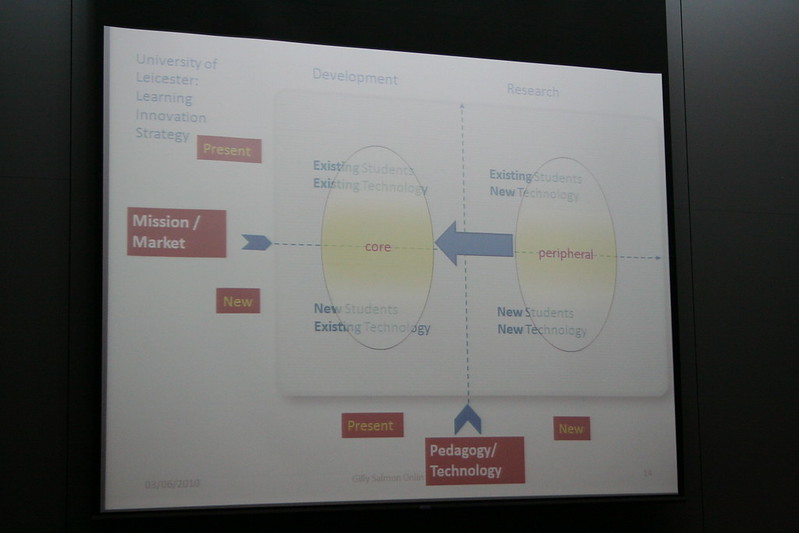 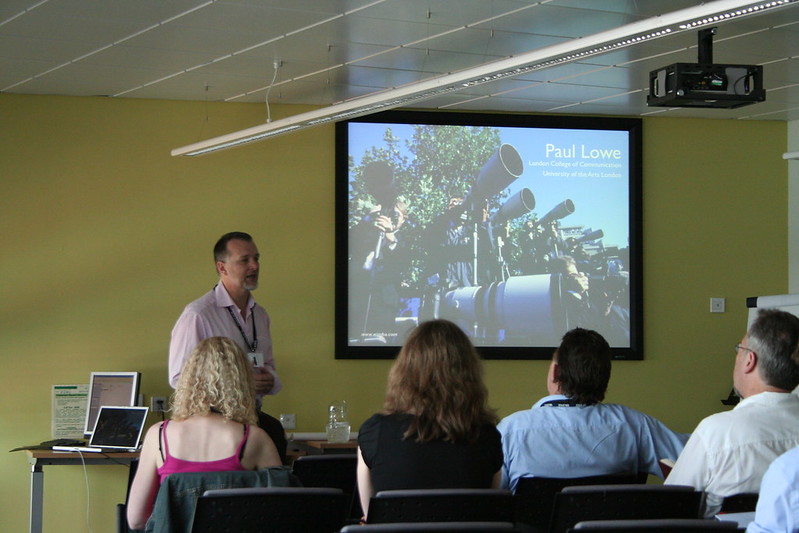 Paul’s fast-paced talk was a great blend of some of the background behind Communities of Practice combined with some details of what they’ve created around photojournalism courses.  They have used Ning as the basis of the community combined with Wimba for live seminars which are recorded and made available for later viewing.

It was interesting that they have had less success with asynchronous communication tools like forums with the suggestion that they were already served well elsewhere and people liked the real-time content they offered.

Partnering with other organisations has been successful in building critical mass around events.  Academics acting as the “critical friend” to the sector has also been well received with them offering something and not just being seen to use professionals for their free experience. 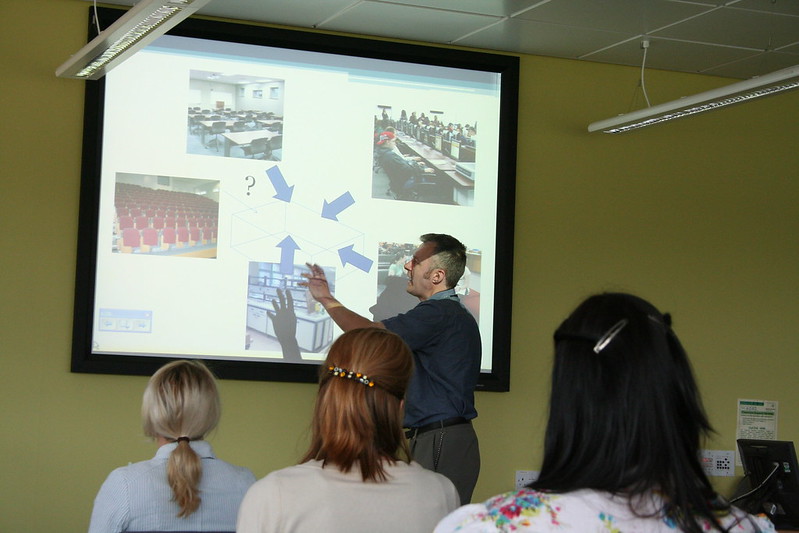 First of two sessions by Jim today. This one was a bit of a whistle-stop tour of different types of learning space at LJMU. Sometimes at Edge Hill it seems space is such a premium that it’s not possible to innovate as much as we could or should. 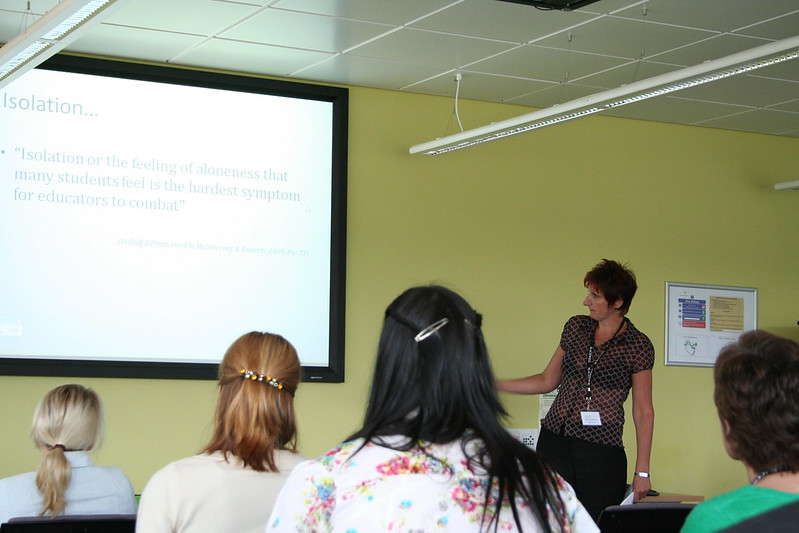 Building on research from last year, Shirley is looking at whether the use of audio feedback can help make students feel less isolated.  Results appeared a bit inconclusive and an increasing resistance from tutors to use audio feedback. Reasons given included worries about giving one student someone else’s feedback, concern about the extra time it takes and not liking the sound of their voice.

Jim Turner: Stitching the Web Together with Yahoo! Pipes 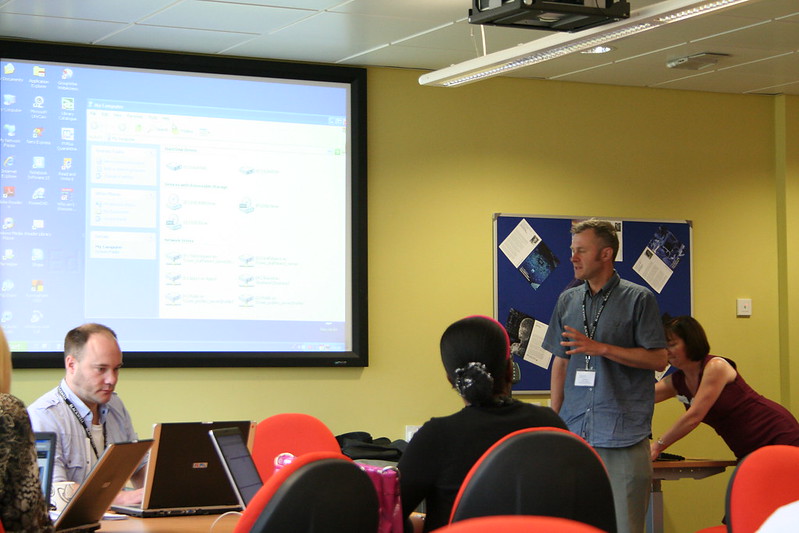 After lunch and skipping back to the office to work on a few things (which unfortunately meant I missed Peter Hartley’s keynote) I went down to the SOLSTICE Red Room for Jim’s second session of the day.

I must admit I’ve heard everything he said before having attended several of Tony Hirst’s talks but what I found very useful was the beginner’s approach and I’d be more comfortable now telling someone else how to get started with Pipes through some basic examples. 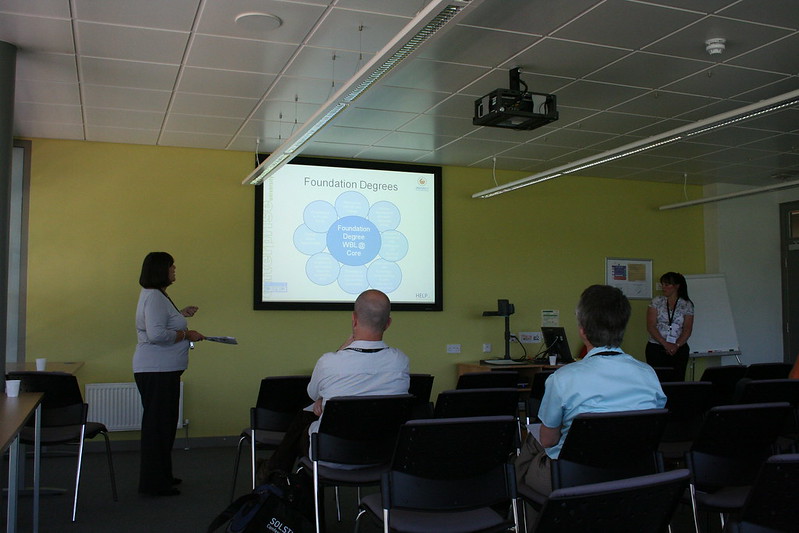 I sometimes struggle to really get electronic portfolios and how they’re any more than just a website where you put stuff but what they’re doing with the University of Plymouth and Colleges seems to be well received by students and employers. They’re using PebblePad but there was some discussion afterwards about alternative products.

Dr Mary Dean: Take hundreds of eDocuments Wherever You Go

Forgot to take a photo of this session but readers at Edge Hill can go and see Mary in person!

Mary gave a summary of the initial progress on Edge Hill’s JISC funded project looking into the use of eReaders for university committees. They are looking at two meetings the members of which are supplied with Sony Touch eReaders that can be loaded with PDFs of the papers.

Some challenges have been found in the way people prepare for meetings and how tables, diagrams and images in PDFs appear on the smaller screen.

I have one concern with these kinds of projects which time didn’t allow me to raise during the session and that’s one that was made at the Eduserv Symposium last month.  There, John Traxler said something along the lines of:

We run the risk of proving that spending money on education improves education.

In this context, supplying devices to groups of people should, with the right support, enable them to do things more efficiently but that simply doesn’t scale.  Without significant investment in hardware and training it isn’t possible to turn every meeting held in the University into a (near) paperless one.  Perhaps, as someone in the session was suggesting, we should be looking at how we can better enable individuals to use the devices they already own or will be buying in the next six to twelve months for university work. 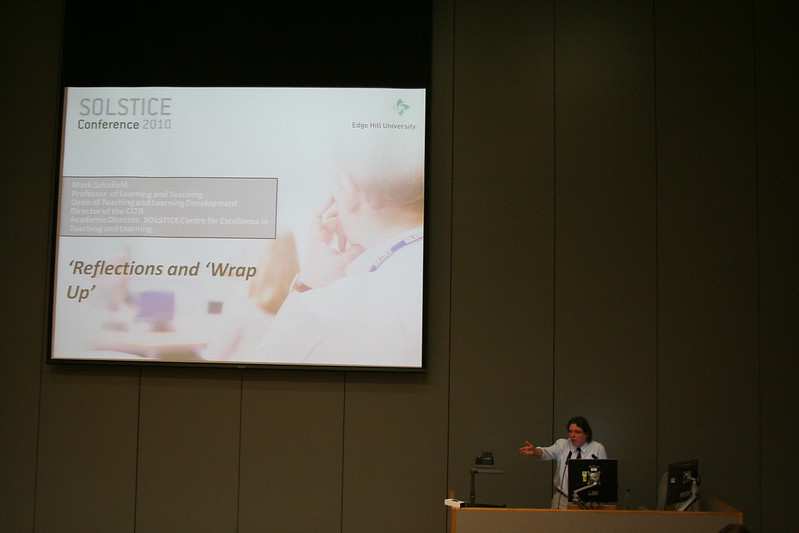 Overall another good conference. The backchannel had a similar level of engagement to last year and you can see more about it over on Twapper Keeper and Summarizr.  I managed to improve my workflow somewhat by using an Eye-Fi card in my camera to automagically upload photos to Flickr from where I could tweet them straight out.  I’ve tagged all my photos with solstice2010 so you should be able to see them alongside others from the conference.

No ducklings this year but maybe these two are some of the ones I spotted a year ago: 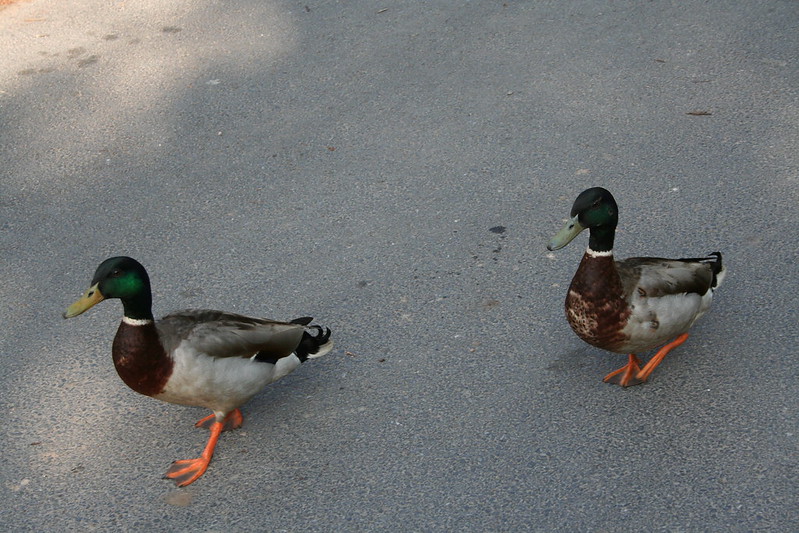