I’ve already blogged about my own Mashed Library Liverpool talk but I promised to say something about the rest of the event, so here goes! 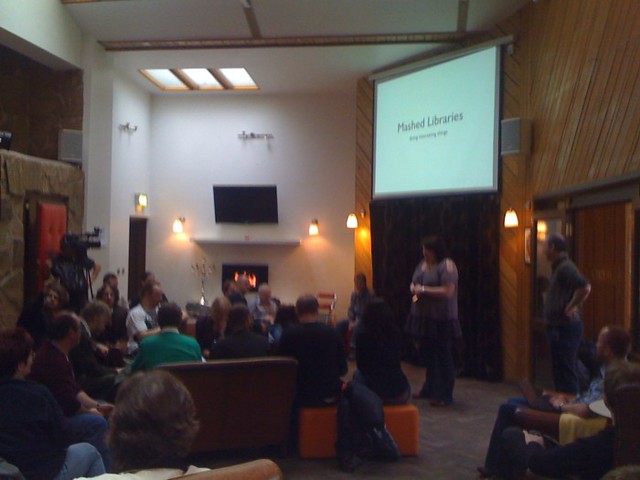 The day kicked off with welcome and introductions from Mandy and Owen. I’d heard bits about Mashed Library events before and I know the basics of Mashups but I didn’t really know who would be there and and what to expect. There was a good mix of attendees and speakers presenting “lightening talks”, “ 20:20″ talks and workshops. The thing that persuaded me to agree to speak and convinced me that it wouldn’t just be a bunch of librarians (!!) was the scattering of local speakers… 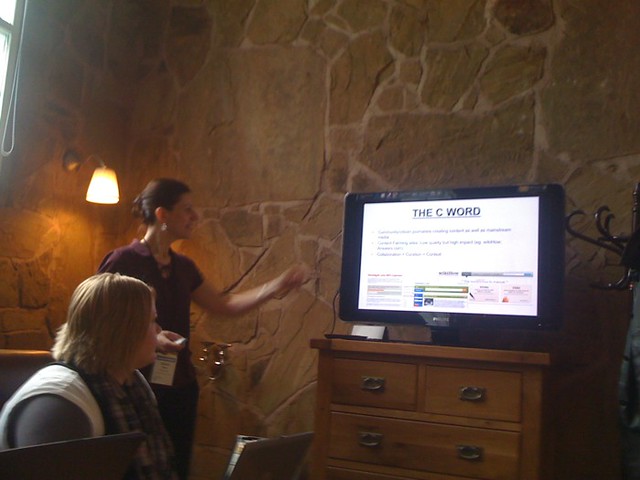 Alison is Executive Editor (Digital) for Trinity Mirror Merseyside, publishers of the Liverpool Daily Post and Echo. Despite “knowing” her through the Twitter, Friday’s Mashed Libraries event was the first time I’d met her IRL! The slides of her talk “Open Curation of Data” are online covering some of the things journalists and the newspaper industry have had to deal with since the superinterweb came along. 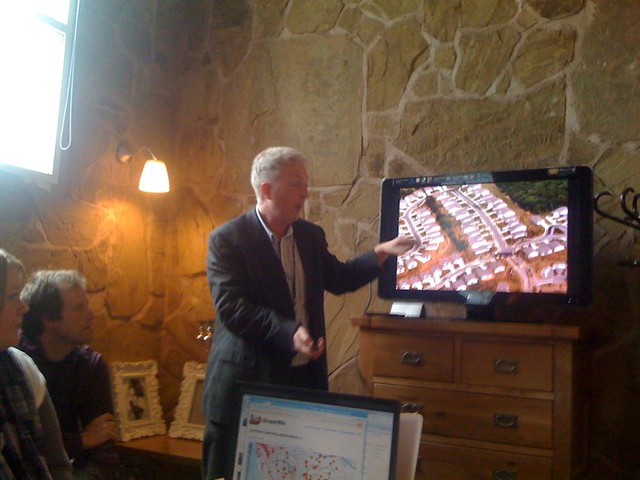 Aidan and Julian demonstrated ScraperWiki a project supported by 4iP and aiming free data from inaccessible sources and make it available for those who wish to use it in new and innovative ways, for example mashups. “Screen Scraping” isn’t a new idea but typically it’s done by individuals, embedded into their own systems. If the scraped website changes then the feed breaks and there’s no way for others to build on the work done.

ScraperWiki aims to change that by providing a community driven source for storing scrapers. It’s like Wikipedia for code allowing you to take and modify a scraper I’ve written for your own purposes.

There are already dozens of scraped data sources and more are being added every day. It currently supports Python but my language of choice – PHP – will be added soon so I’ll be giving it a go then. 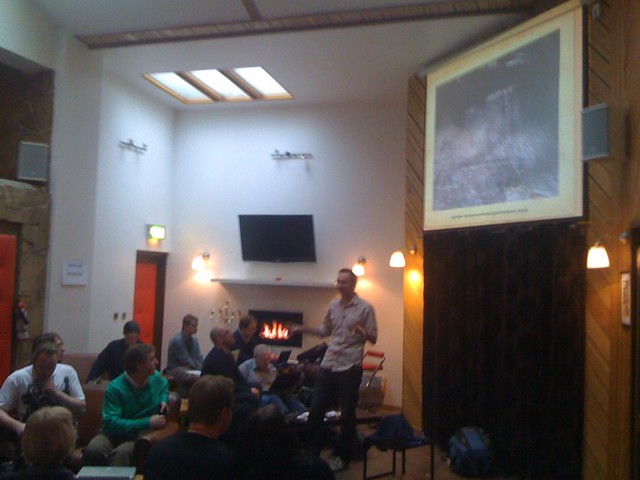 John’s talk about mapping had the most interest so he presented it to all attendees briefly covering mapping APIs, OpenStreetMap and tracking your location with mapme.at.

The first 20:20 talk was about social media search tools. I wasn’t writing down the links so check on Phil’s Slideshare page for the presentation coming out. I will say that Google’s support for Twitter is now much better than he seemed to suggest – for example allowing you to drill into tweets for a particular time. It can also be more reliable than search.twitter.com when using shared IP addresses at a conference. 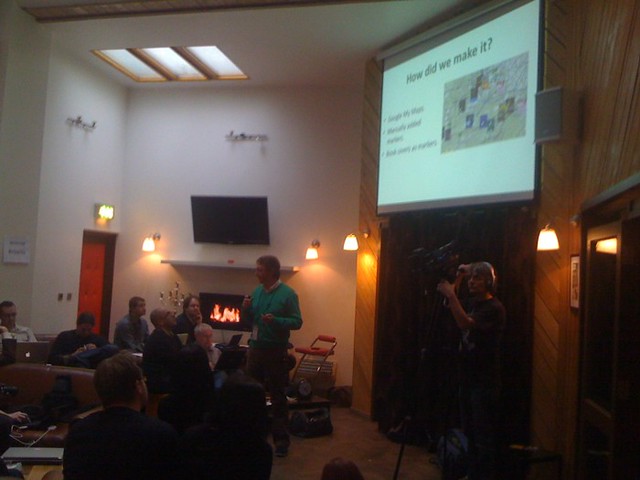 Gary mentioned that this was his first presentation so I’m not sure a 20:20 talk was the best idea but he handled it pretty well! 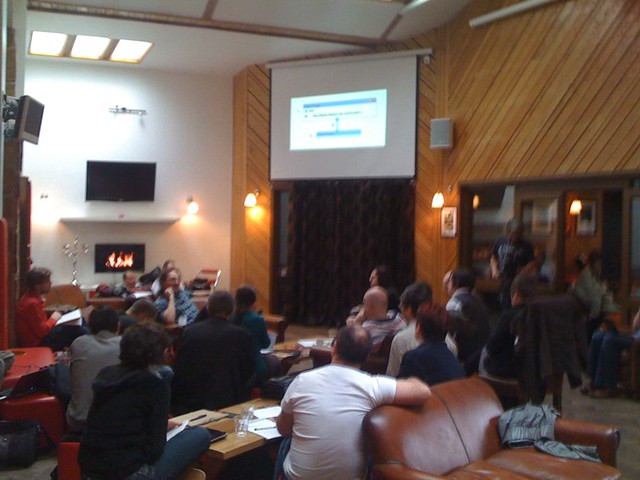 The afternoon was dedicated to one of three workshops – Arduino with Adrian Mcewen, Mapping with John McKerrell or Mashups with Tony Hirst. I’ve done a bit of each before so I sat at the back of Tony’s talk to try to soak up some new tips.

After a final cake break there was the prize giving for the mashup suggestions competition. 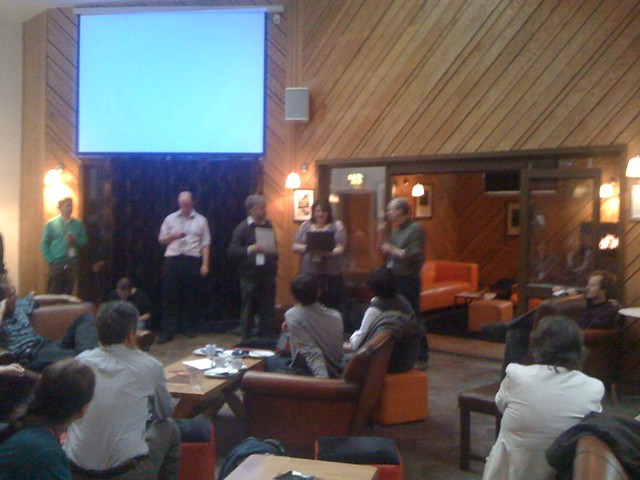 So all in all a really interesting day! Congratulations to Mandy Phillips and all the organising team for an excellent event.

2 thoughts on “Liver and Mash”